I use this project to investigate the possibility of immersion and ecstatic experience in contemporary spaces, and look at how inner, emotive visions can be linked to the visual language of abstraction in art.

The work exists as a series of video portraits of young women in the East London night club scene. I use documentary film devices to capture the immediacy and rawness of the nightclub, at the same time as tracing how a few women propose the possibility of interacting with the nightclub lights, through hypnosis and a methodical, ritualistic immersion and thereby entering a heightened, abstracted space of 'Light'. The videos aim to weave together the documentation of this activity in the nightclub with a constructed and changing reality of the space.

The work invites the viewer into this interaction between the artist (the camera), the woman and the light, moving in-between internalised and visible spaces, while engaging mechanisms of active imagination, belief and becoming. 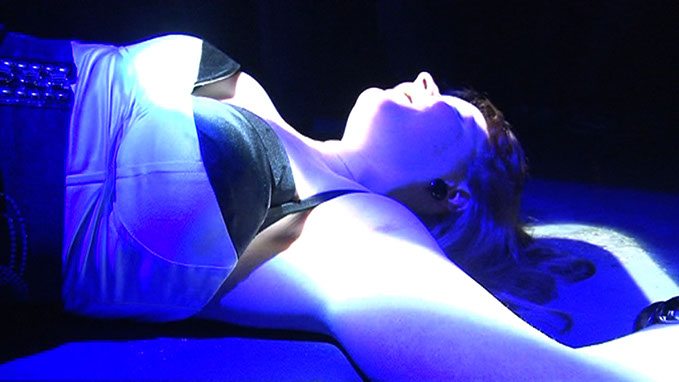 Extract from "The Curvature Singularity of Erin hunter"

Extract from "About the Light Surface of Josephine Ditlev"