To be forgotten is passive. But to disappear is active.

“The Core of I.L” is a performative presentation of two women: a housewife from Stavanger, Inga Larsen (1888-1918), that disappeared at a young age, and a seismologist from Copenhagen, Inge Lehman (1888 – 1993), that was the first to prove that the earth has a hidden, inner core.

The lives of the two women are woven together through readings and layered repositioning of text fragments from personal letters, scientific journals, and historical sources, in English, Danish and Norwegian. These entangled lives are embodied by the performer, as well as an invisible double ganger, that is only present through surround sound.

The combination of elements move in circles around the audience and constitute an oscillation between the visible and invisible, presence and absence, reality and illusion – in the relational space between  audience,  performer and the two women: I.L. 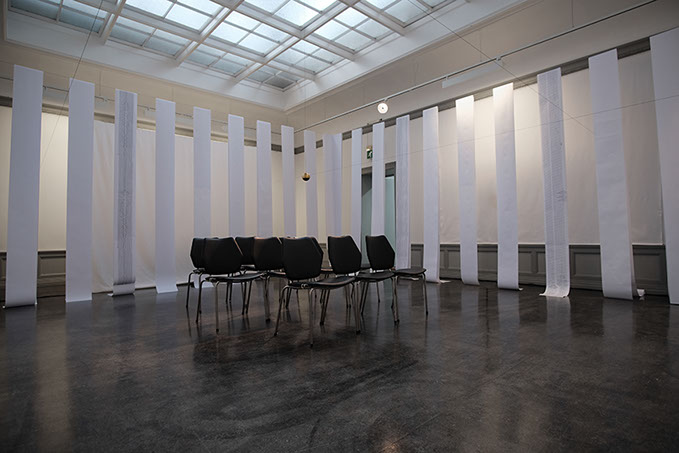 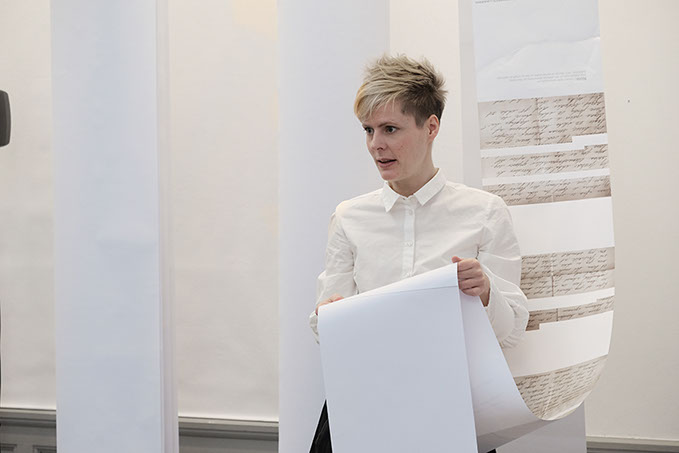 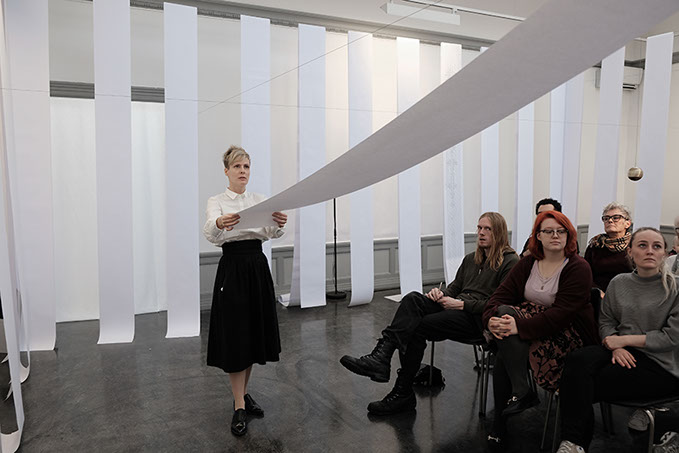 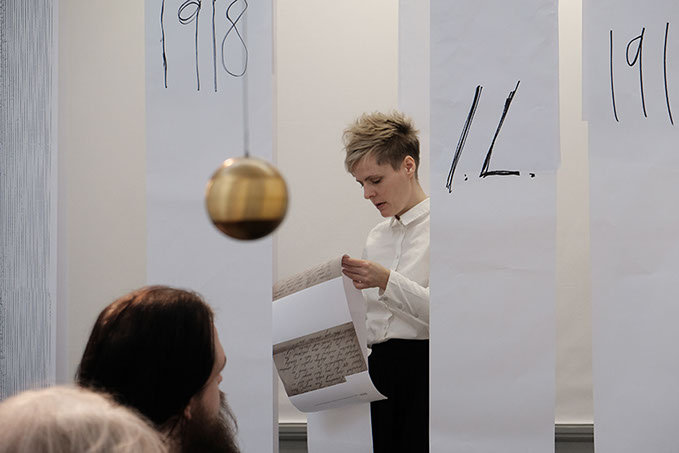 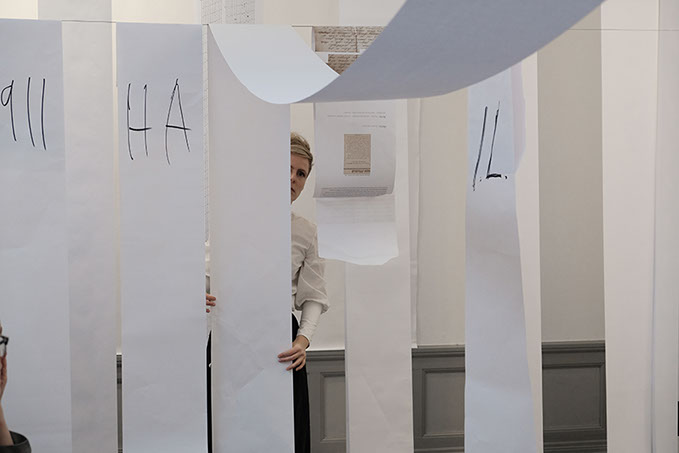 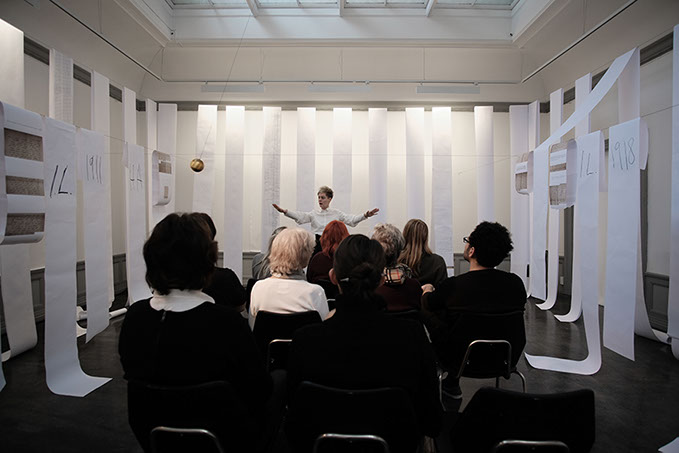 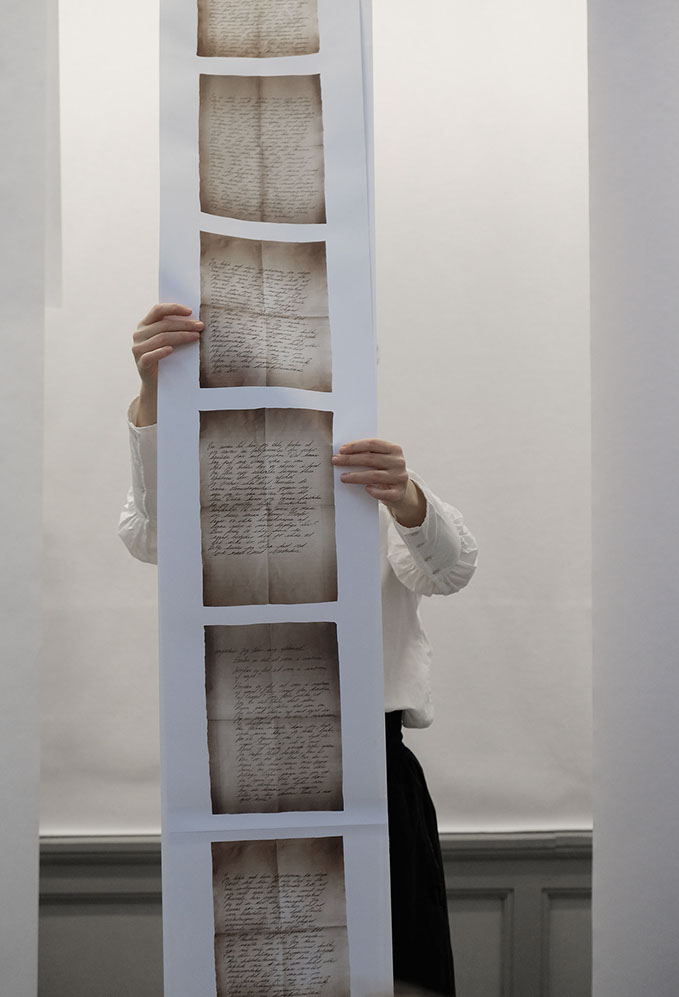